Using two paired 4-momenta vectors in the CM frame, we can rotate them from the "CM-final" state to the "CM-initial" state by having the total momentum of each vector being held only in the z-component as would be expected for two colliding particles ([math]\theta = 0, \phi = 0[/math]). From this, a Lorentz boost can be performed to find the 4-vectors in the Lab frame for an incoming electron or various energies striking a stationary electron. With the boost vector a second Lorentz boost can be performed from the Final CM Frame to the Final Lab Frame. In this state, the phi distribution is unaffected by the Lorentz boost (perpendicular to direction of relativistic motion), while the theta angle is transformed.

10 separate trials were run for 10,000 events each. The histograms of Momentum, Angle Theta and Phi for the scattered and Moller electron in both the final lab frame and final CM frame were combined using:

The Phi distribution for the CM and Lab frame. 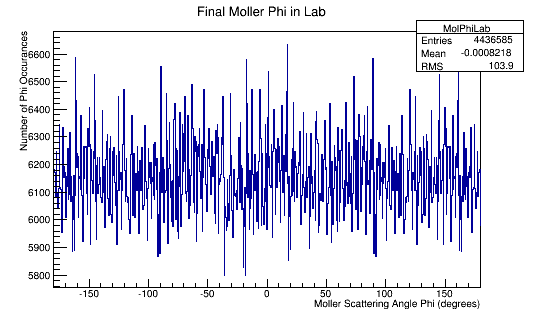 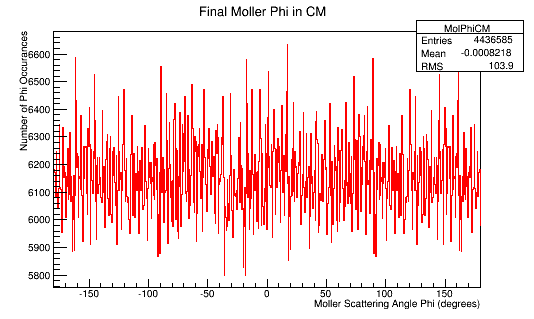 Their LUND files were combined using