Difference between revisions of "2nCor Equipment" 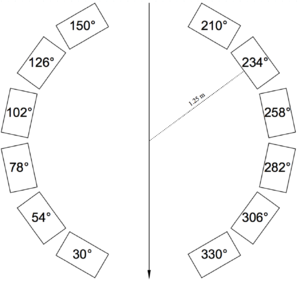 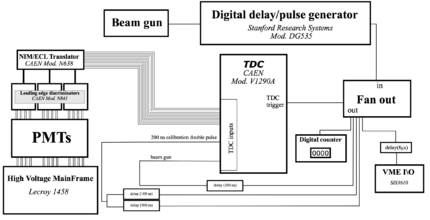 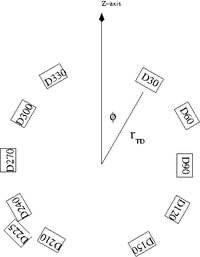 The Xfig file for the above figure : Media:2nCorApp_081216.xfig.txt 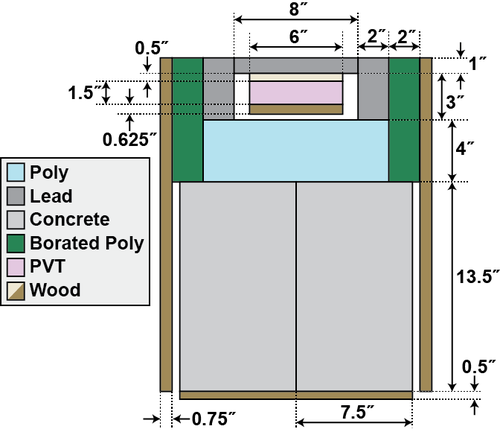 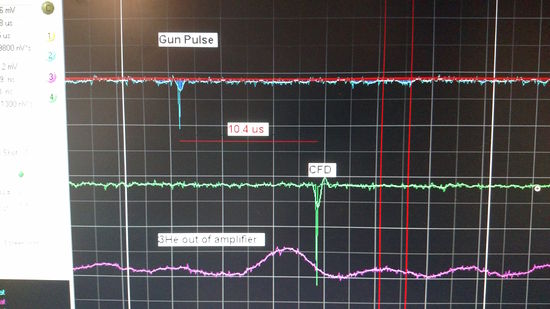 The pulse forming stage of the discriminator produces an output pulse whose width is adjustable in a range from 5 ns to 40 ns. Each channel can work both in Updating and Non-Updating mode according to on-board jumpers position. The discriminator thresholds are individually settable in a range from -1 mV to -255 mV (1 mV step), via an 8-bit DAC. The minimum detectable signal is -5 mV. The back panel houses VETO and TEST inputs, the OR output and the Current Sum output, which generates a current proportional to the input multiplicity, i. e. to the number of channels over threshold, at a rate of -1.0 mA per hit (-50 mV per hit into a 50 Ohm load) ±20%.

Below is a picture of the three "flags" that you can use to the beam spot size using a phosphorus screen. 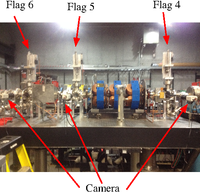 here is the raw C code for "evio2nt", which is the program we use to create a ROOT tree from a .dat file.

To make the Tree containing the TDC, QDC, and PDC data run the following command

rename the output file to a root file

to draw a histogram for TDC channel 16

for the multihit TDC data taken with daq2

IN run 4481 the time difference between the two fake stop pulses seems to be 205.8 ns