Difference between revisions of "TF IsotopeTracers"

"2) Development of New Instrumentation, Analytical Techniques or Software that will extend current research and research training capabilities in the Earth sciences. The maximum request is $1,000,000;"

"MRI is not used to buy a suite of insturments to outfit research laboratories/facilities or be used to conduct independent research activities simultaneously".

"MRI is used for a single insturment or when combined serves as an integrated instrument."

The photon flux monitor when combined with the rabbit will be an instrument for both isotope production and PAA analysis research. The tool will have inter-disciplinary uses ranging from engineering to archeology.

Track1
Acquisition of a single instrument

Track2
development of a single instrument or for equipment that when combined serves as an integrated instrument.

We will be track 2. The combined equipment will be an integrated instrument for the production of Isotopes to be used in research and industry. The devise will also be an instrument for PAA analysis.

The proposal will ask for a robot to move the sample from the trolley system into a pig because the holder may be activated as well as the sample.

A row of CVD detectors will be used to scan the photon field at low electron currents which will reduce the maximum photon flux to 10^9.

An array of CVD detector will be place downstream of the sample to monitor the flux as the electron current is increased to maximize the photon flux on the target. The position of the target can also be monitored with respect to the photon flux field as the field decreases to to the target absorbing photons.

In June of 2012, the Idaho Accelerator Center received a grant from the state of Idaho as part of the Idaho Global Entrepreneurial Mission (IGEM) program. One of the proposed objectives was to research the use of an electron accelerator to produce Copper isotopes for medical diagnostic procedures. Preliminary results of the work sponsored by this research have indicated that the production of Copper isotopes strongly depends on the alignment of the incident radiation to the sample. While a two cm sample size may produce the highest number of isotopes per volume, a missalignment of more than a centimeter may reduce the amount of isotopes produced by a factor of at least two. A strong need now exists for a system to monitor the spatial distribution of the photons used to irradiate the samples. Based on these results, we propose the development of an irradiation instrument, that qualifies for the MRI category "Track 2", to be used for isotope production and PAA analysis.

The proposed instrument will be composed of a photon beam monitoring system and a sample conveyor. Support from this MRI will be used to construct the photon monitoring system. Matching support from the IGEM project will be used for the sample conveyor system. The conveyor, commonly referred to as a rabbit, will transport samples into the irradiation region and then to a shielded container (lead pig) after irradiation. The transportation system is a necessity due to the high activity isotopes that may be produced. When used as an instrument for PAA, the transportation system will eliminate the step of shutting the accelerator off in order to change to the control sample thereby risking a change in the experimental conditions whose uniformity is essential for meaningful measurements. Once calibrated, the photon monitoring system would allow users to irradiate sample with a known amount of radiation.

The proposed instruments ability to enhance the production of copper isotopes for medical diagnostic tests is only one potential use. Isotope production in the US is a $$$ busines..

Paragraph of the instruments impact on the production of isotopes.

Using the instrument for PAA and the large potential user base.

1.) The accelerator "Jack" is an instrument for PAA and isotope production

What is the difference between time-like and spacelike Feynman diagram

In 2005, the Marshal Space Flight Center and the Johnson Space Center held a workshop to identify and define lunar regolith simulant materials that would be needed for the development of next generation lunar technologies to support future missions. This workshop was a follow up to a 1989 workshop that led to the development the lunar simulants MLS-1 and JSC-1. The PAA survey of this material was compared with Three moon dust simulant samples were irradiate for a PPA analysis and compared to a reference study. 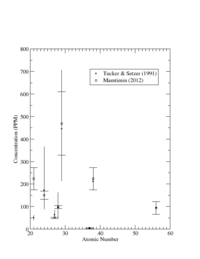 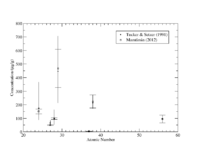 Instrumental analytical methods are preferable in studying sub -milligram quantities of airborne particulates collected in dust filters. The multi-step analytical procedure used in treating samples through chemical separation can be quite complicated. Further, due to the minute masses of the airborne particulates collected on filters, such chemical treatment can easily lead to significant levels of contamination. Radio-analytical techniques, and in particular, activation analysis methods offer a far cleaner alternative. Activation methods require minimal sample preparation and provide sufficient sensitivity for detecting the vast majority of the elements throughout the periodic table. In this paper, we will give a general overview of the technique of photon activation analysis. We will show that by activating dust particles with 10- to 30-MeV bremsstrahlung photons, we can ascertain their elemental composition. The samples are embedded in dust-collection filters and are irradiated “as is” by these photons. The radioactivity of the photonuclear reaction products is measured with appropriate spectrometers and the respective analytes are quantified using multi -component calibration materials. We shall provide specific examples of identifying the elemental components of airborne dust particles and volcanic ash by making use of bremsstrah lung photons from an electron linear accelerator at the Idaho Accelerator Center in Pocatello, Idaho. 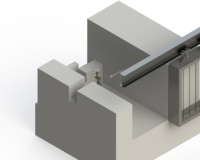 the other accessories are also desired

A M-25 5 kGauss permanent magnet with a footprint of 4" x 3" could be placed between the radiator and the isotope target on Jack.

The gap is 0.75" so it to would need to go in the vacuum. We would need to determine how much the beam spot blows up after leaving the converter and how high the photon flux is in the sample region after the 3" distance is taken up by the magnet.

The vendor below has stated that they have the ability to design a permanent magnet to our specification.

The above vendor needs a CAD drawing showing the dimensions of a magnet that would work for isotope production on Jack in order to provide a quote.

Nitrogen tracers: N-15 is rare. If you dope nitrogen sources with it you can see where the leak into environment. This is a stable tracer so it would be able to monitor long time plume expansions.

2010 Talk on Future Isotope needs in medicine and industry

Injection of a wide range of radioactive tracers in solid, liquid or gaseous forms,<ref name="NRC"/> is often used to determine the injection profile and location of fractures created by hydraulic fracturing.<ref name="Reis iodine" /> The radiotracer is chosen to have readily detectable radiation, appropriate chemical properties, and a half life and toxicity level that will minimize initial and residual contamination.<ref name="IAEA 2003" />

2011 paper on PAA for environmental analysis

2007 comparison of PAA and NAA in geology

Cobalt-60, Lanthanum-140, Scandium-46, Silver-110m, Gold-198: Used together in blast furnaces to determine resident times and to quantify yields to measure the furnace performance.

Cesium-137 || || Used for radiotracer technique for identification of sources of soil erosion and deposition, in density and fill height level switches. 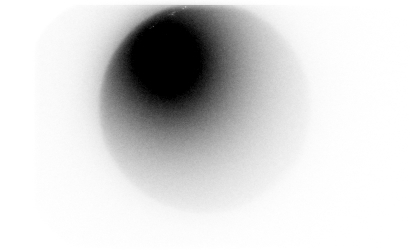