The Region 1 tracking system is designed to measure the location of scattered electrons less than 1 meter away from the target and in opposite octants. The tracking system will be in a high radiation environment despite being behind the first collimation element. This tracking system uses an ionization chamber equiped with Gas Electron Multiplier (GEM) preamplifiers in order to handle these high rates as well as enable a measurement of an ionization events' location within the chamber with a resolution of 100[math] \mu m[/math]. The system contains two ionization chambers located 180 degrees apart on a rotatable mounting system which allows two opposing octants to be measured simultaneously. The rotateable mounting system can move the chambers through a 180 degree angle such that measurements may be made in all octants. The current status of the Region 1 tracking system is given in the paragraphs below.

The ionization chamber final design for Region 1 has been completed and is currently being constructed. The GEM preamplifier foils have already been acquired and the readout board is curently being manufactured at CERN. The ionization chamber itself has been machined and will be assembled upon receipt of the readout boards which are currently scheduled for delivery in the first quarter of 2008. We anticipate that the detector will have similar performance as the prototype detector we contructed previously.

The readout electronics for Region 1 use the VFAT board from CERN to digitize the analog signals on the readout board and send them to a VME crate to be recorded. The control system (a "gumstick" microcomputer) for the VFAT board has been acquired and tested. A signal junction box to transfer the control signals for 6 VFAT boards to our control system has been designed. The 6 VFAT boards will digitize the analog output signals from a single detector. The junction box will also collect digital detector signals and transfer them to a VME crate for readout. A CAEN V1495 FPGA module has been purchased and is currently being programmed to transfer the digital signals to CODA.

The infrastucture to mount and rotate the chambers into position is 90% complete. The system uses four caster wheels to mount an aluminum ring that has teeth on its outer surface which mesh with a worm gear in order to rotate the ring. One stepper motor is used on the worm gear to rotate the detector to within 1 mrad. A stepper motor for each detector has been mounted on the ring itself in order to position each detector radially using fixed stops. A controller for the all the stepper motors has been programmed to move the detector between octants. A GUI is currently under development which will be used in the counting house to position the detectors.

I have collected some of my favorite progress related pictures below. I don't expect them all to be included. Click on the picture and you will be able to download a high resolution version. 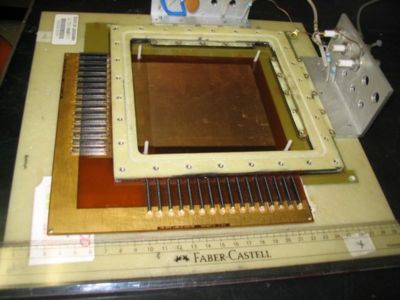 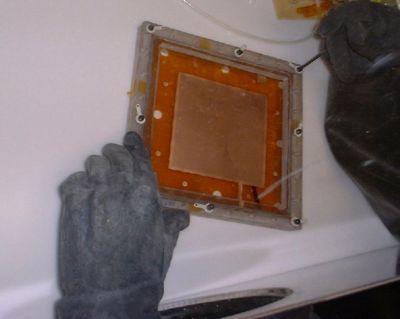 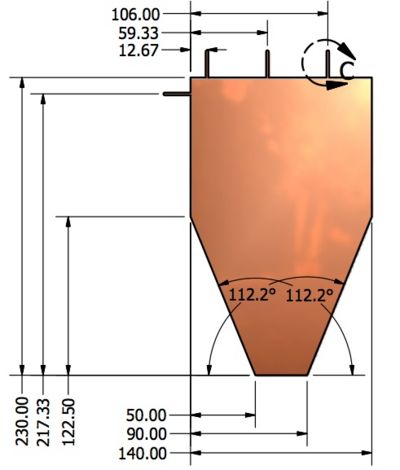 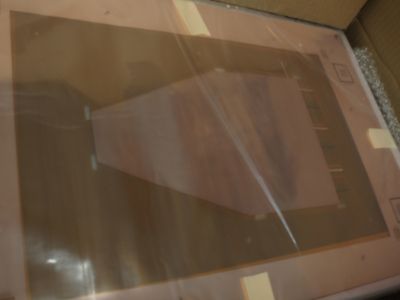 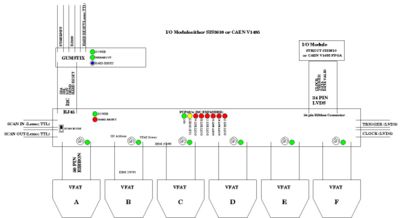 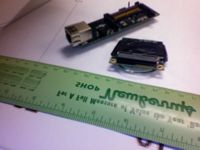 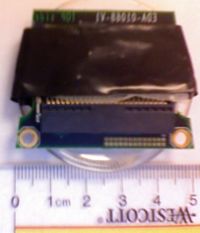 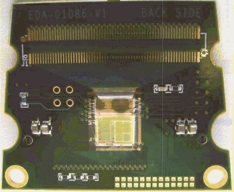 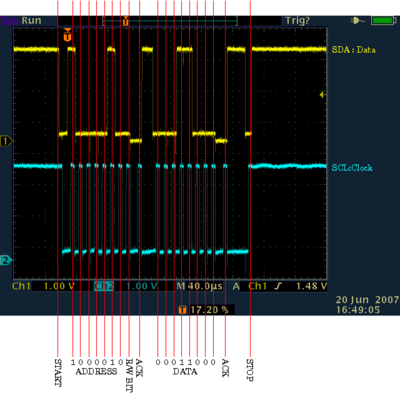 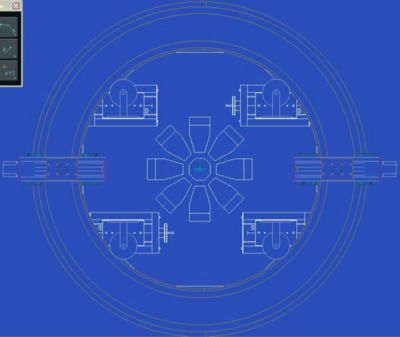 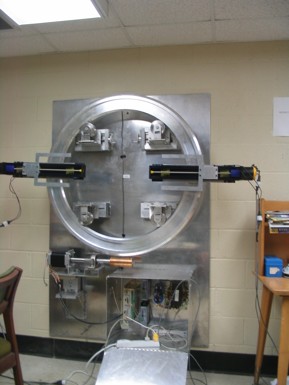