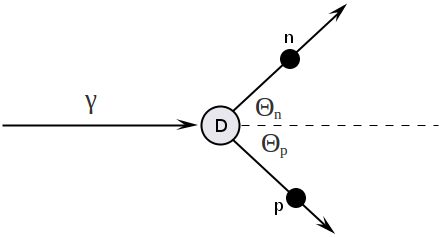 Write down four-momentum vectors before and after reaction:

Now apply the law of conservation of four-momentum vectors:

Squaring both side of equation above and using the four-momentum invariants [math](p^{\mu})^2 = m^2[/math] we have:

Detector is located at [math]\Theta_n = 90^o[/math], and the formula above is simplified:

We can easily solve the equation above with respect to incident photon energy:

Substituting the corresponding masses, we get finally:

comment: it's not true because by momentum conservation there are no neutron with zero kinetic energy.

2) from formula [1] above we can predict the incident photon energy based on the detected neutron energy (neutron polarimeter).

3) from formula [2] above we can predict the detected neutron energy based on the incident photon energy.

4) we can do the error calculations.

Say, we have, 10 MeV neutron with uncertainty 1 MeV, the corresponding uncertainly for photons energy is:

The neutron kinetic energy as function of time of flight is:

By taking derivative of the expression above we can find the relative error for neutron energy:

In that formula for [math]\delta T_n[/math] we need to know the neutron time of flight which is:

And now we can calculate the relative error for photon energy using the formula derived before:

Say, the detector is 1.5 m away and neutron's time of flight uncertainty is:

And below are y numerical calculations and plot with error bars:

And in the plot below I have overlay my error calculations using the formulas above: 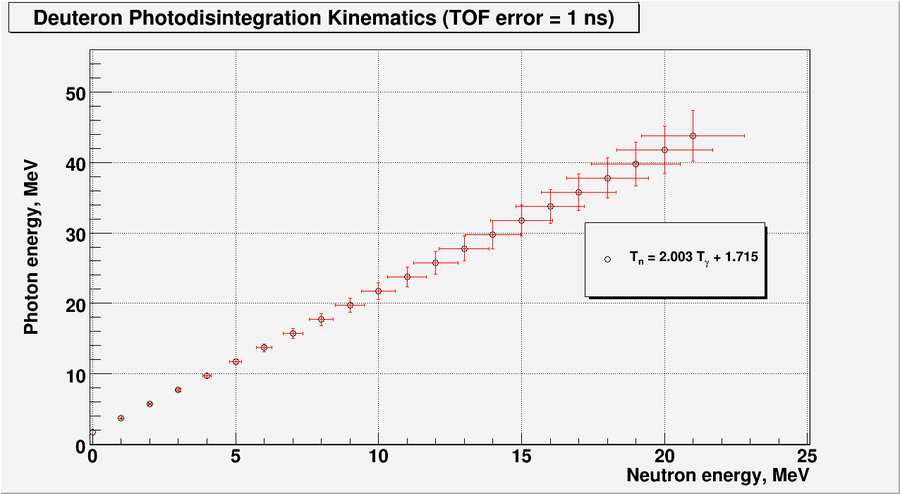 Now say, the detector is 1.5 m away and neutron's time of flight uncertainty is: 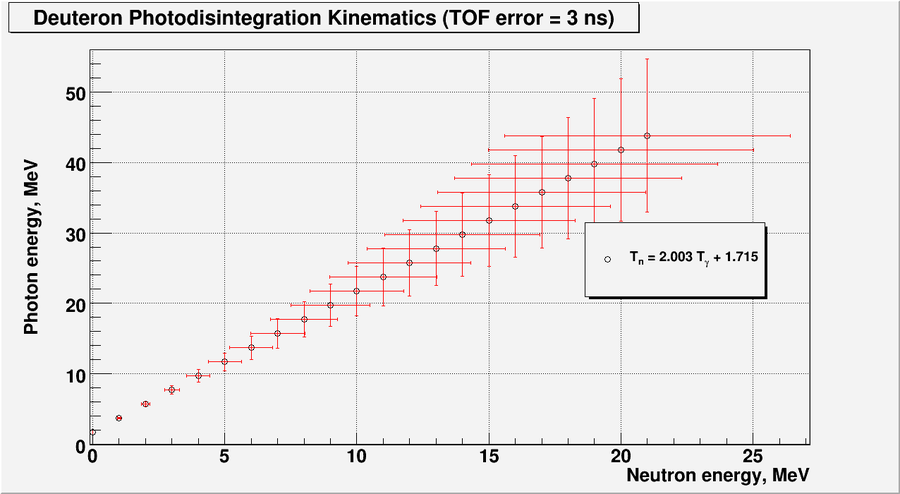 Let's do some plots using the equation derived above. Below is presented the photon energy as function of neutron angle for several values of neutron energy: 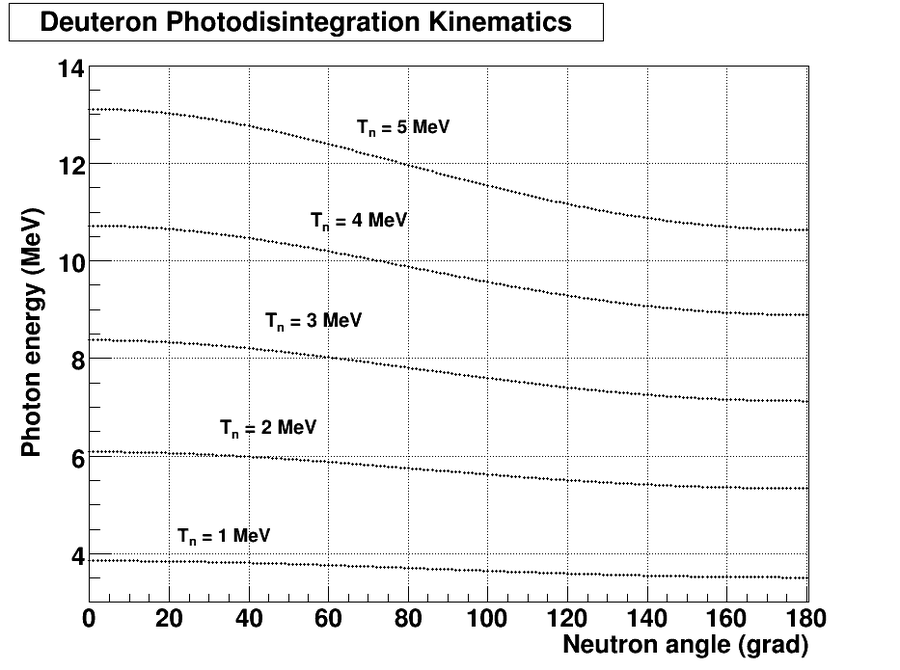 And below are the photon energy as function of neutron angle and neutron energy: 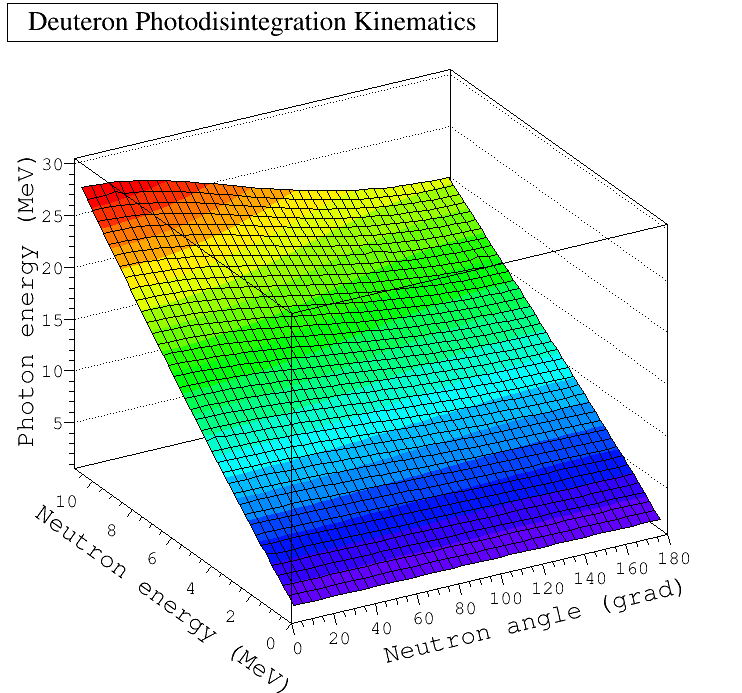