Signals were observed in the LDS on the Mini DC prototype sense wires capacitively coupled to a digital oscilloscope. The drift chamber was filled with a Ar/CO2 (75/25) gas mixture. A UPS was used to filter the line noise to the scope and NIM bin housing the Power supply. The noise level was 40 mV peak-to-peak when I started and was cut in half in the end after adding the UPS and a grounding strap between the chamber and the scope. The grounding strap was the most effective at reducing the noise. 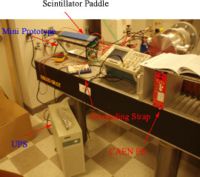 The following Voltages were established on the Drift chamber wires

Below is a scope picture representing the observation of a coincidence event between a particle which passed through both the top scintillator and the Mini Drift Chamber. The scope was triggered on the scintillator output. The top trace is the output of the drift chamber from one of the sense wires capacitively coupled to the scope and terminated in 50 Ohm. The bottom trace is the fast output from the Scintillator. 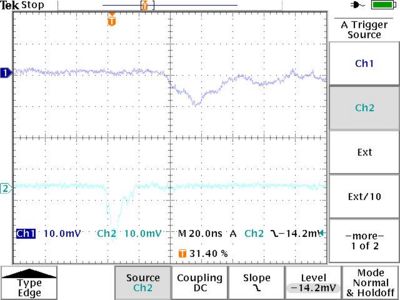 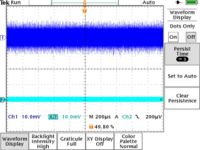 A few characteristic scope pictures of events triggered on the chamber output. The trigger threshold was set to ~-14 mV for all but the last picture which was set at -17 mV. Signals below -14 mV are beyond the detector noise measured above and considered ionization events. 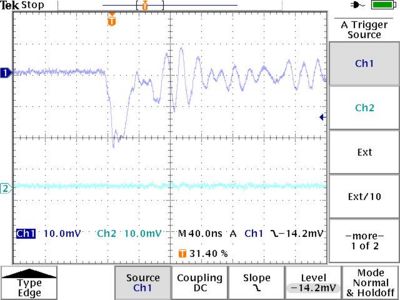 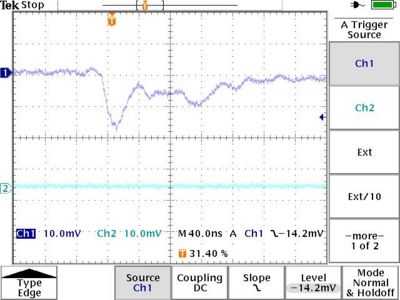 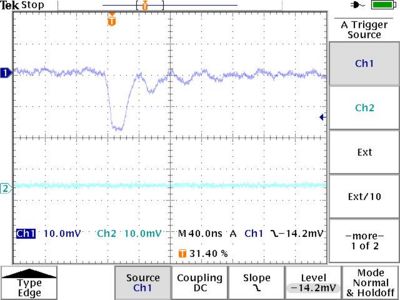 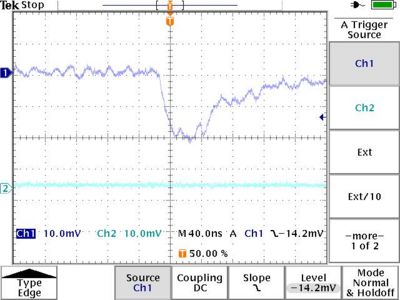 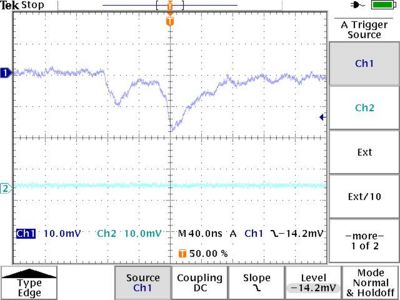 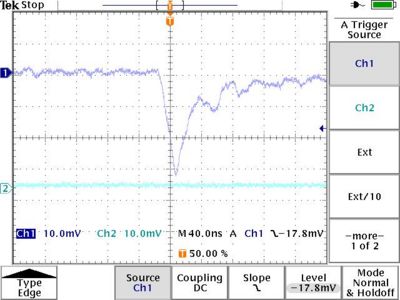