I performed that check that we talked about but that table is not very flat at all so we were unable to know if it was leveled at the mirror rotation point We did find that the laser was a half inch high on the accelerator and on the quads, but like I said, was with an imperfect table.

I spoke with Khalid and he said that the 0 degree and the 3 output quads on the 90 were aligned at the same time. And since the 3 output quads are on a large heavy table, I have to assume that they have not been bumped. Also, the existing laser is closely aligned to the 90 quads. If we do not want to live with that assumption, I believe that part of the 0 line would need to be removed so we can realign to the 0 line and re-establish the 90 line. Another option would be to remove the 2nd dipole table, replace it with a better one, level it really well and recheck the above process. With the time constraints and the amount of work to be done, I would lean towards that they are correct, but that can be your call. Let me know what you would like to do. We have a machine that I have to run up here tomorrow, but we will send someone down tomorrow morning to help assist Sadiq.

My suggestion would be to leave the alignment as it is.

I asked Sadiq to take pictures of the laser beam spot at several locations to document the alignment.

I observed that the laser in the experimental cell is centered on the plastic collimator (maybe the hole is about 2 mm beam left) when the collimator is inserted on the experimental side sleeve. I believe Khalid was observing the spot on the accelerator side when he was aligning the system. The above laser also passes through the center of the beam pipe that passes through the last three quads (90 degree line). The beam pipe on the last three quads does not have a lot of freedom to move. I would argue that the experimental cell laser is aligned with the 90 degree beam line to within at least 5 mm given that the laser hits three points along that beam line.

Sadiq has a laser spot picture showing that the laster spot hits quad 3 about 8 mm above the center of the quad when a mirror is placed at the location of the second dipole. As you point out, we do not know if the mirror is level.

I noticed you removed the collimator sleeve on the accelerator side. Are you planing to re-install it and align it using the experimental side laser and the plastic collimator?

We shot laser mounted on the wall to the 3rd quad triplet at 90 degree beamline. The laser centered at the 3rd triplet beampipe 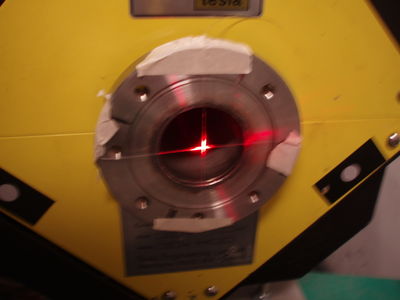 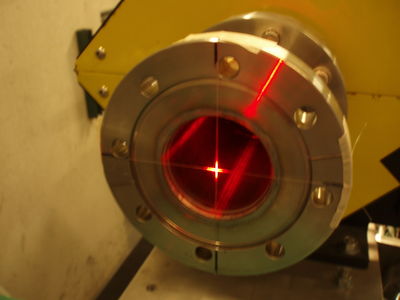 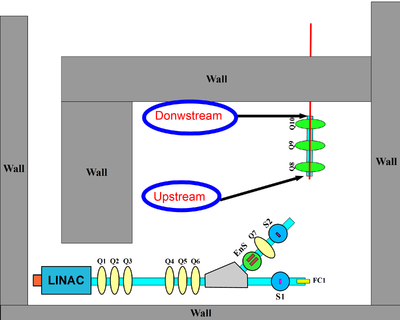 Laser beam reflected back to the laser by a mirror (make sure it is levelled), then mirror rotated to shot the laser a the third quad of the 1st triplet (q3). The laser spot is up the center of q3 by 6~7 cm. 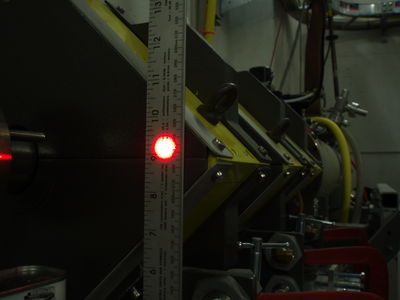 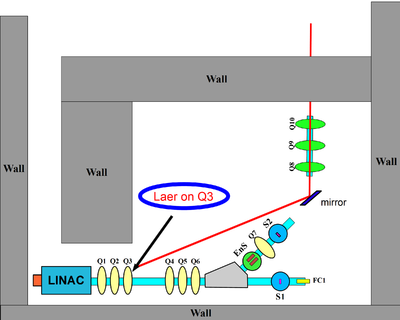 The laser shot through the collimater at the experimental cell side 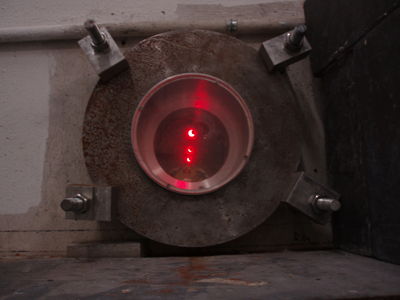 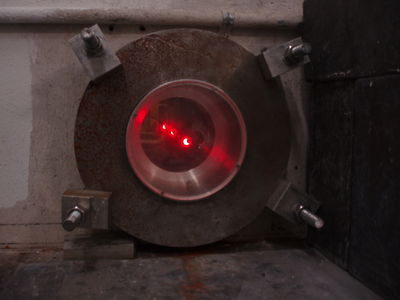 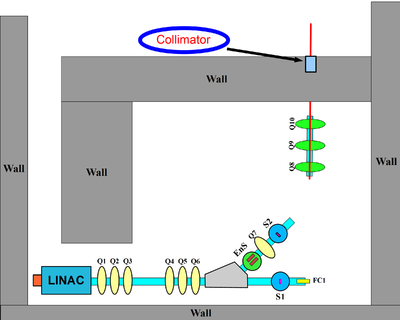