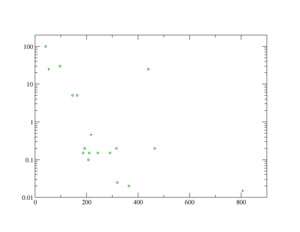 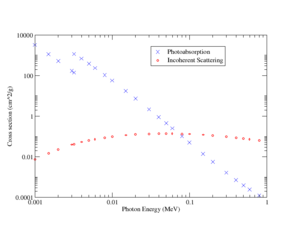 the figures show that the highest intensity is for the photon of energy of 42, 54, and 440 keV, and the rest of the relative intensities for the other energies are below 26 percent. If U-233 emits a photon that carries one of the energies mentioned above, and travels through a 1 cm wide region of Ar/CO2 gas, it will transit the drift region up to 99.96%, but within 0.04 % it may interact with Ar/CO2 gas by photoabsorption according to G4 simulation, and when an interaction happens, an electron leaves the atom carrying almost the same as the photon energy, its primary, secondary, and number of photons that are combined will be estimated by the previous simulations for beta particles.