In each of the six sectors of CLAS12, the FTOF system is comprised of three arrays of counters, referred to as panels, named panel-1a, panel-1b, and panel-2. Each panel consists of a set of rectangular scintillators with a PMT on each end. Panel-1 includes the sets of counters located at forward angles (roughly 5◦ to 35◦ ) (where two panels are necessary to meet the 80 ps average time resolution requirement) and panel-2 includes the sets of counters at larger angles (roughly 35◦ to 45◦ ). The positioning and attachment of the FTOF detector arrays to the Forward Carriage of CLAS12 are shown in Fig. 1. Each of the six panel-1a arrays contains 23 counters, each of the new highly segmented panel-1b arrays contains 62 counters. and each of the panel-2 arrays contains 5 counters. 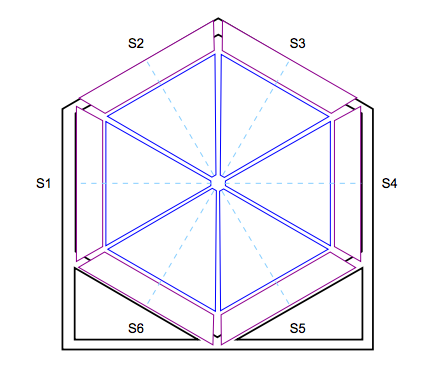 Figure 3: View of the upstream face of the Forward Carriage in Hall B showing the CLAS12 sector naming conversion for Sector 1 (S1) through Sector 6 (S6). The dashed lines denote the mid-planes for each sector. 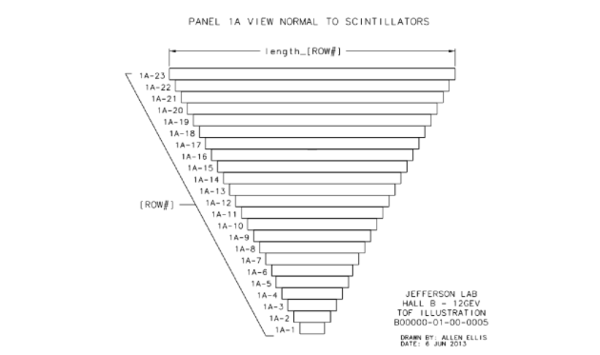 Figure 4: View of the face of a generic FTOF panel-1a array showing the numbering scheme for the 23 scintillators that make up the counters in each of the six sectors of CLAS12. 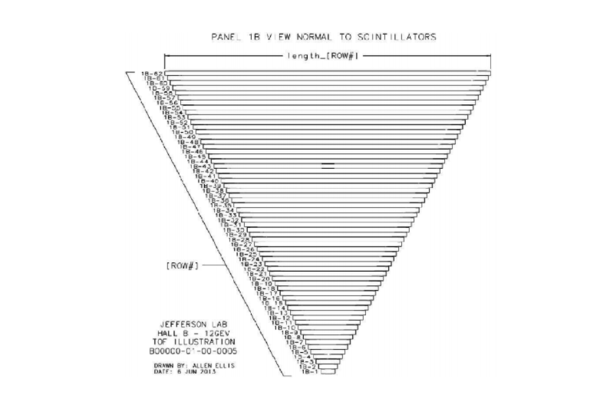 Figure 5: View of the face of a generic FTOF panel-1b array showing the numbering scheme for the 62 scintillators that make up the counters in each of the six sectors of CLAS12.

The simulation determines the energy deposited in a given scintillation bar from a passing charged particle along its path. The path is defined between the hit entry point and the hit exit point. The light generated by the passing charged particle then propagates to the PMTs at either end of the bar. The conversion of the truth value of deposited energy to the recorded ADC values (ADCL and ADCR) must take into account that the number of generated photoelectrons at each PMT is subject to Poisson fluctuations. The digitization of the FTOF ADC values for each counter hit proceeds using the following steps:

1. Compute the energies measured by the left and right PMTs based on the deposited energy and the distances along the bar from the hit point to the PMTs as given in Eqs.(2) and (3).

3. Smear N_{pe} by a Poisson distribution. The resulting “smeared” number of photoelectrons based on the actual deposited energy is given by N^{SMR}_pe .

4. Determine the smeared values of EL and ER using: