where [math]d[/math] is the spacing between crystal planes, [math]\theta[/math] is the reflected angle, and [math]\lambda[/math] is the X-ray wavelength. The order of the diffraction maxima is given by [math]n[/math]. The picture below should have a max in the center but the intensity is so high that it has been blocked in order to avoid washing out the picture. 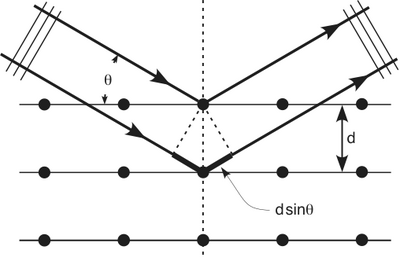