For each beam pulse:

For distribution over all beam pulses: 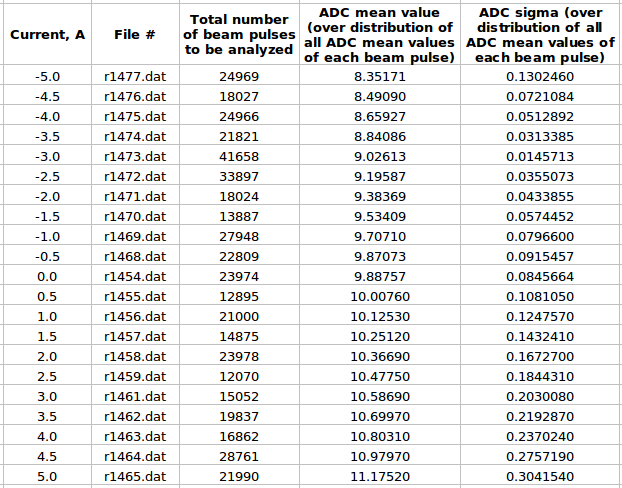 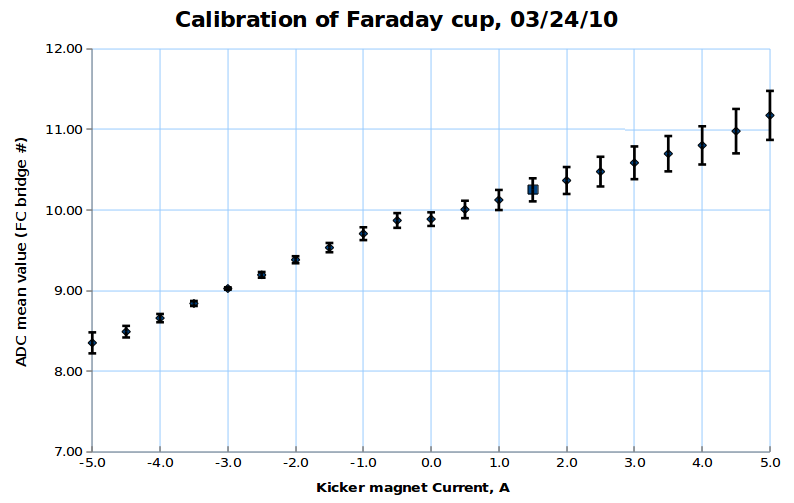 For each ADC channel:

For distribution over all ADC channel: 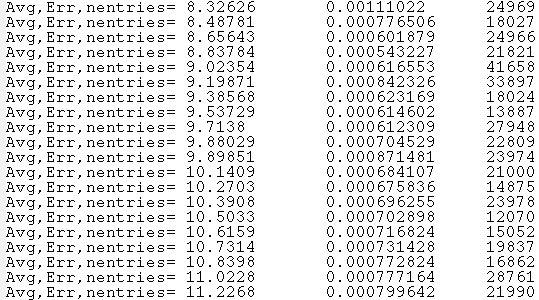 Below is the plot of the charge in Faraday cup (pC) as a function of magnet current (vertical axis, A) (basically magnetic field) and ADC (horizontal axis). 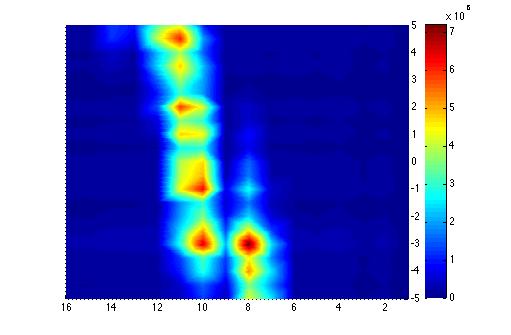 What about moving beam? splitting beam?

Question:
1. Is it moving beam?
2. Or is it maybe splitting of beam into two beams with very unstable current fluctuation?

The ADC measures the charge deposited on each of the 16 Aluminum blocks. The ADC is a 12 bit ADC with a max input of 400 pc. THe means that the charge per channel is:

The ADC basically counts the number of electrons collected by the aluminum FC bricks and transfered through the cables to the ADC. This is a poisson process with a large number of trials leading to a large mean value [math](\mu)[/math]. One would expect a gaussian parent population with

What does this mean?
The theoretical distribution would be Guassian with [math]\sigma = \sqrt{\mu}[/math]. The above suggests that the beam charge delivered to the FC is not following this statistical parent distribution. Most likely the beam current is changing while you are measuring the charge with the FC.

Within 100 RF pulses the total charge on the FC drops from 600 to 100 pC. It seems the beam current is very unstable.

Could it be that I can put a cut on total beam current and see if the charge moves between FC elements?

Let see what the total charge looks like for 3 cases.

Go Up Go Back