For an Ammonia target:

If the beam had 4E8 incident electrons, the differential cross-section would be found with,

Since a run of x where the boosting of the number of Phi angles leaves around 4431573 Moller electrons with Energy greater than 500 MeV, this would imply around 4e10 incident electrons of Energy 11 GeV.

Using the same expression, but this time for 4e10 incident electrons,

Rebining the histogram to account for the unequal weighting of the bins outlined previously . 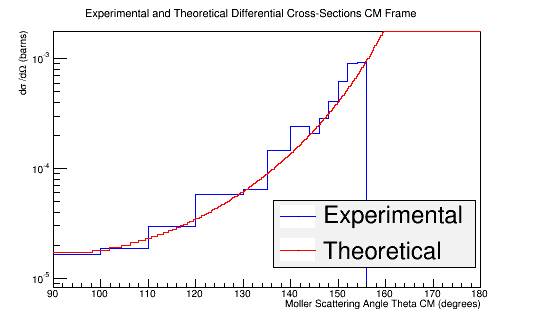 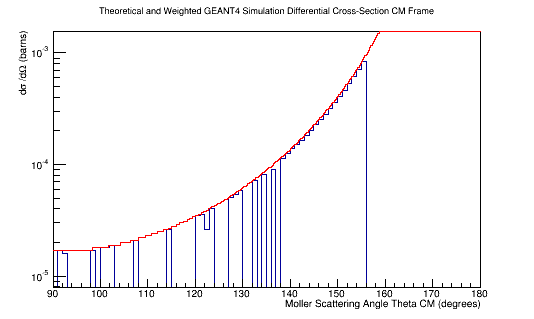