Here I examine correlations between the energy of each of two the neutrons from correlated pairs, and also how theta_abs effects the relationship..

The theta_abs cuts require that both neutrons be within the specified range.

Below is the result with a theta_abs cut of +/- 45 degrees from the beam line: 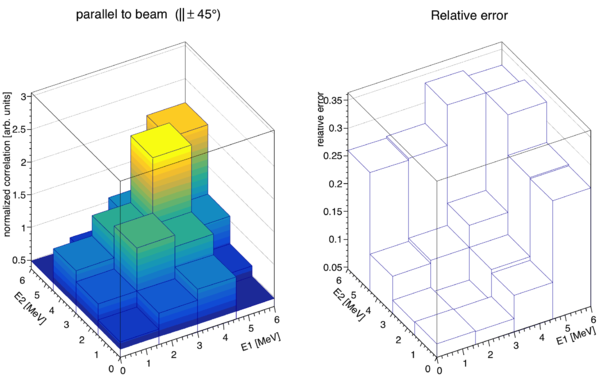 Here is the result with a cut of +/- 45 degrees from the plane perpendicular to the beam line: 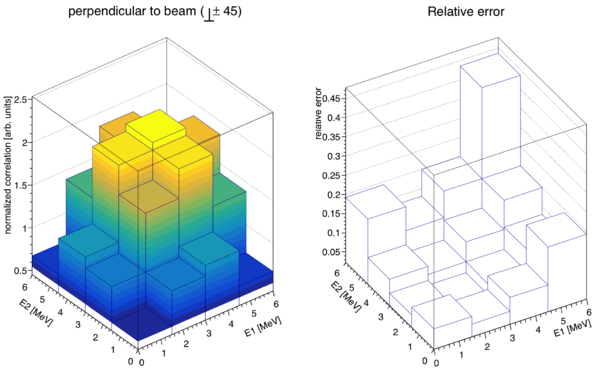 Here is the result with no cuts: 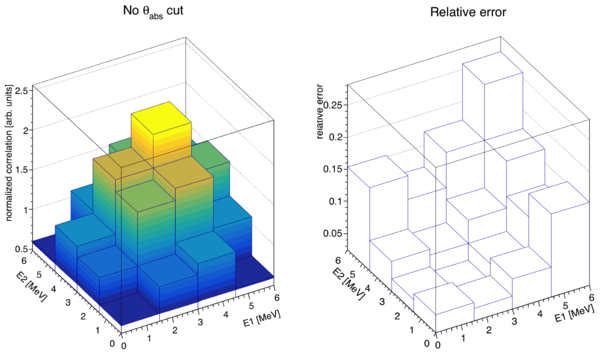 As an idiot check, I performed the same analysis with D2O. Since all neutrons from D2O are uncorrelated, the correlation should be zero for all events, which is exactly what is seen in the plots below. Notice that the scale is 10^-3 on the z-axis. 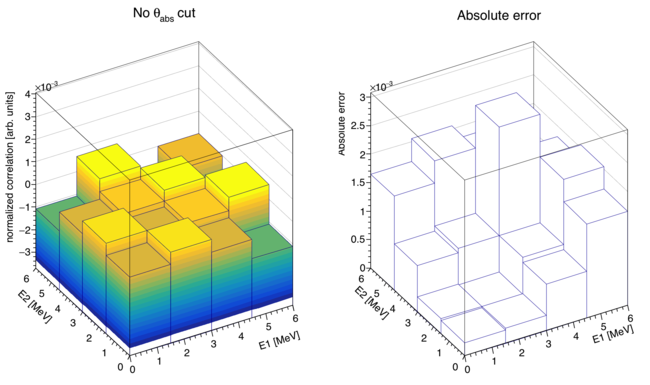