Chamber was rotated so that we can start stringing SL1.

19 wires in SL1 were strung today.

We ran into a problem with one of our crimpers. While checking the gap, it seemed a little on the loose side. This was tested using a crimp pin with a scrap piece of sense wire. As I attempted to adjust the crimpers, it didn't seem to tighten. The adjusting screw was unscrewed significantly with no change in gap. It appears the spring is at its minimum and will not allow the crimpers to compress further. Also, one of the teeth on the crimpers is much smaller than the other, thus requiring the crimper adjustment screw to be "tighter" than other crimpers. Both can be seen in the following picture: 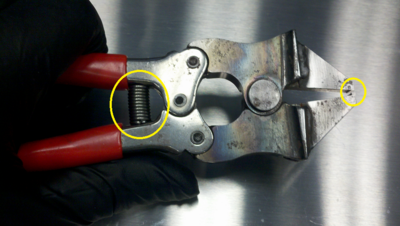 Pre-filters were changed this evening.

Pic of our inline 5 micron filter. 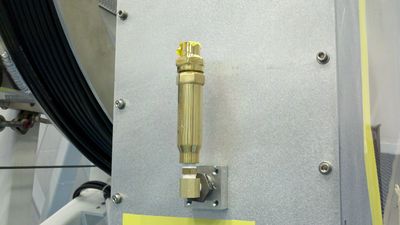 All wires for this chamber are now strung. Where's the cake!?

Final tension measurements were made.

Continued visually inspecting wires today while I worked on getting gas (nitrogen) to our gluing stations.

Hoping to start potting by Wednesday.

Prepared chamber for potting. The magnet was removed and the chamber is now rotated with an end plate parallel with the ground. 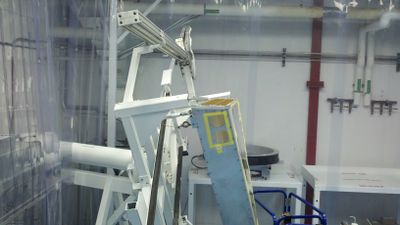 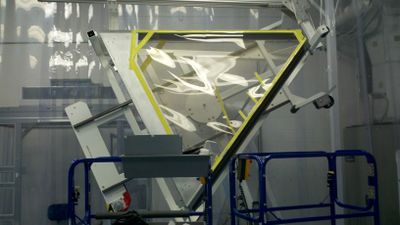 Spent some time getting everything set up this morning to start potting.