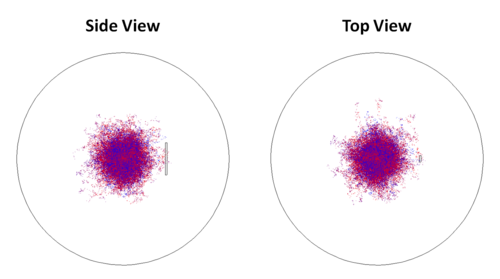 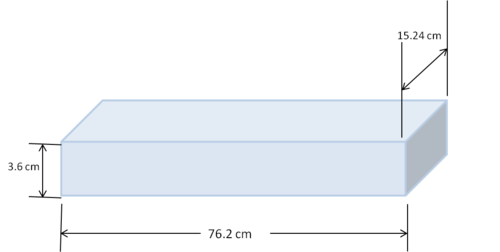 The solid angle can be found from the number of particles hitting the detector as:
[math]\Delta \Omega = 4\pi*\frac{hits}{hits + misses}[/math]

Now, what neutron singles rate into the detector should correspond to 1 fission per pulse?

Neutron and Photon Flux Through Lead

Using MCNPX, a simulation was done to determine how much of the neutrons and photons from the target will be blocked by various thickness of lead. With a monochromatic pencil beam of incident particles, the following results illustrate how much of the initial beam actually made it through the lead. 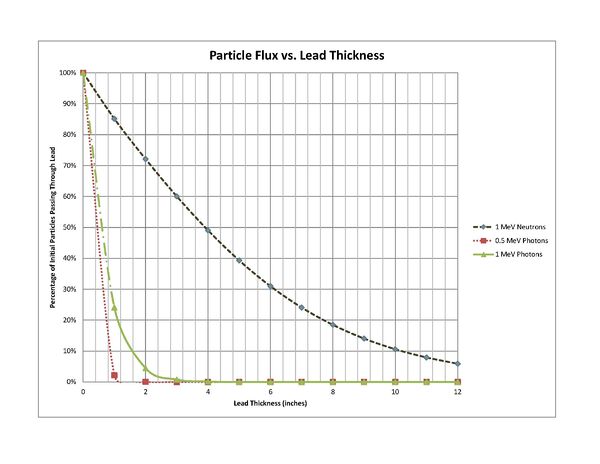 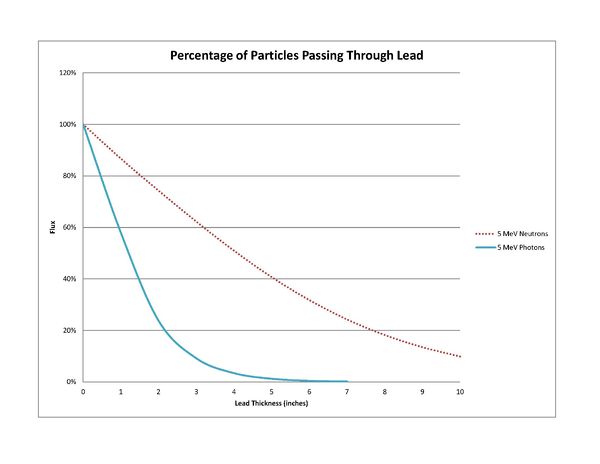 Neutron and Photon Flux Through Concrete 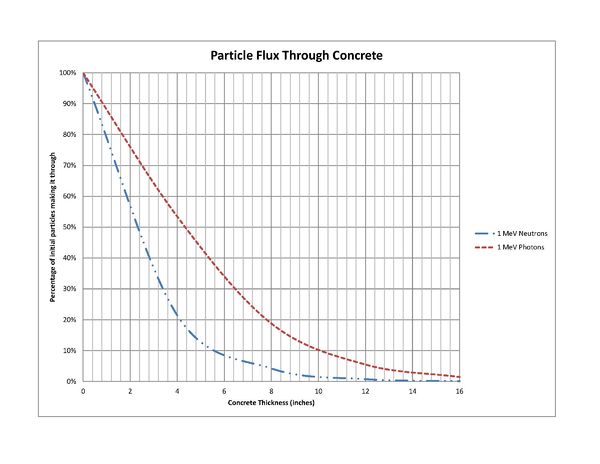 Using MCNPX, I am trying to simulated the cross-talk we could expect between the big detectors. I used a fission neutron energy spectrum given in MCNPX, shown below. 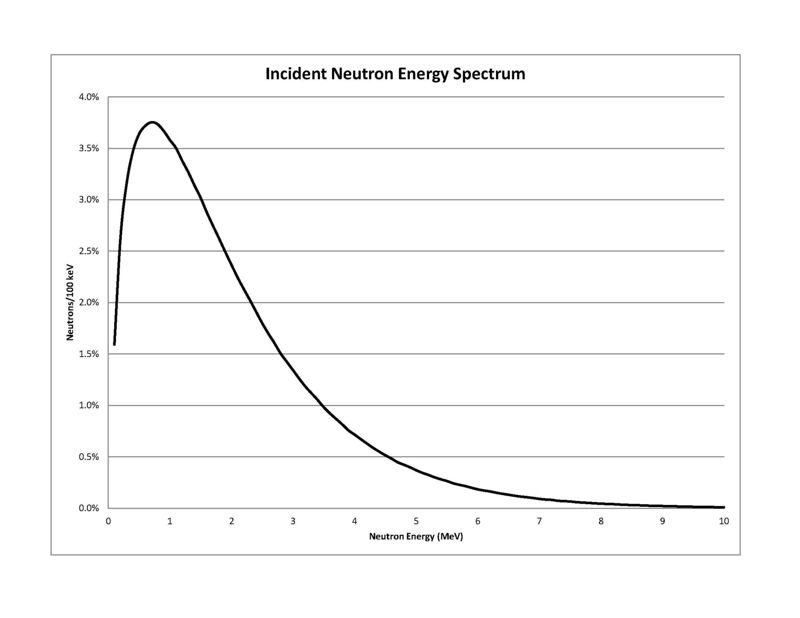 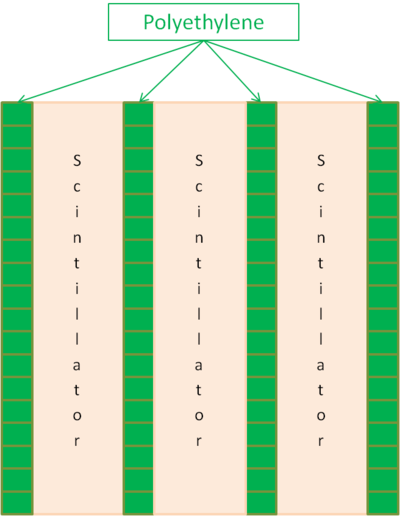 This results in a neutron and photon energy spectrum as follows. 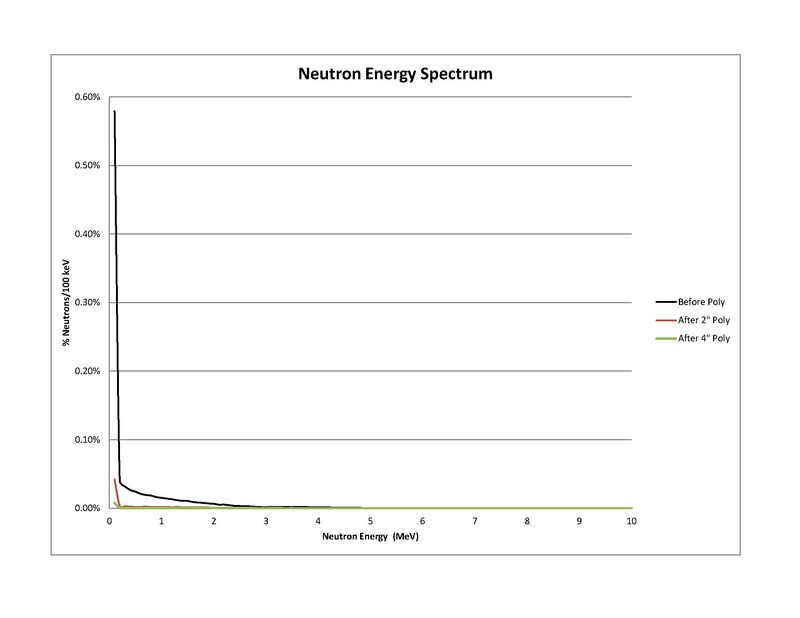 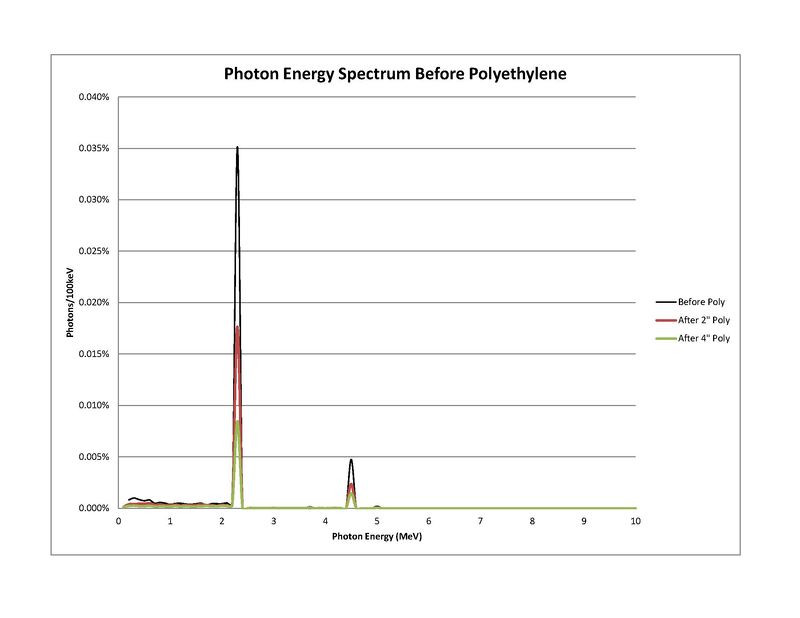 The next case I will look at is where we put a layer of lead between the polyethylene between the detectors, as shown in the schematic below. 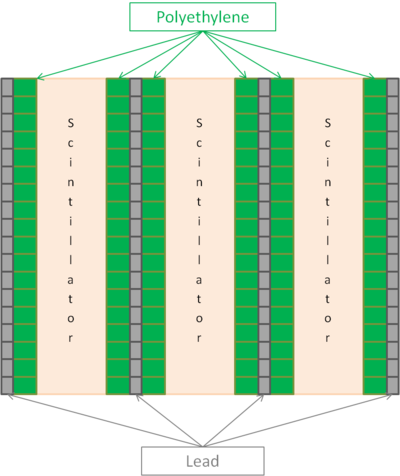 The results for this setup using 1 inch of lead between the detectors is as follows. 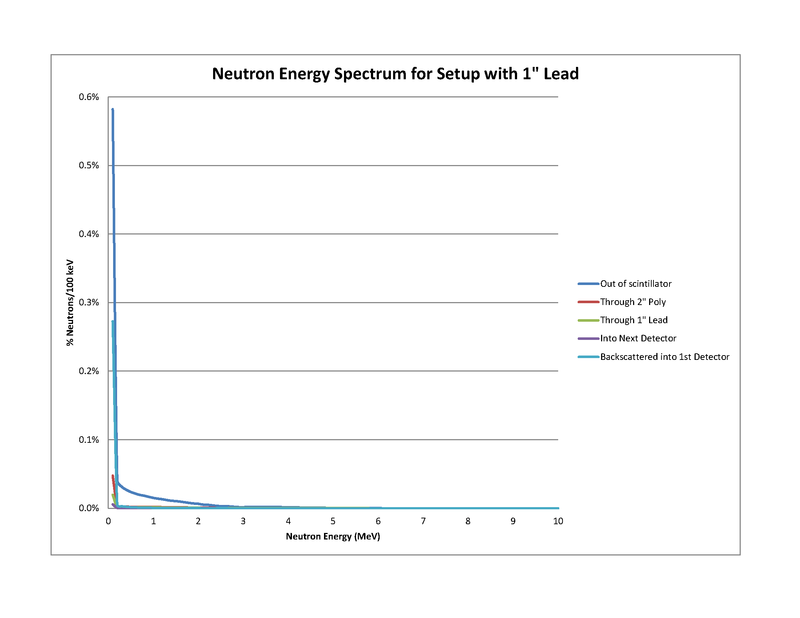 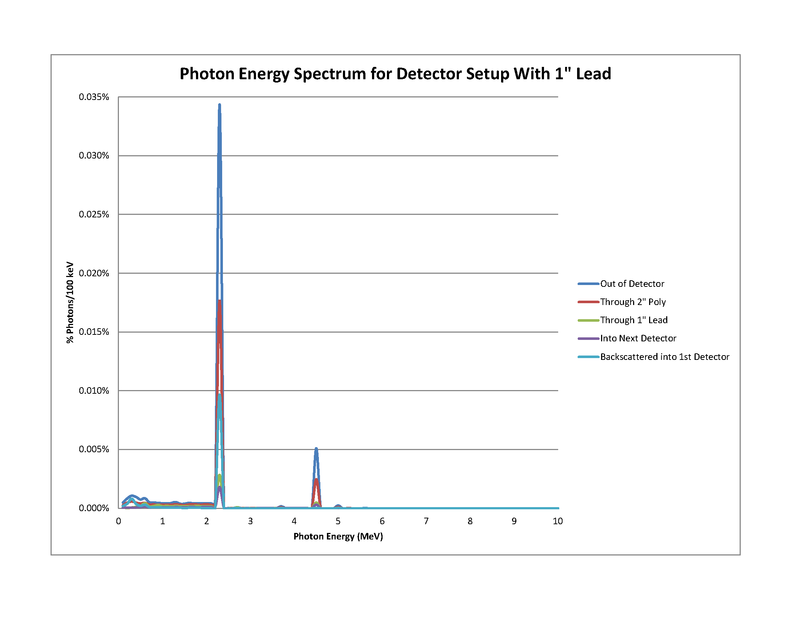 And, the results for this setup using 2 inches of lead between the detectors is as follows. 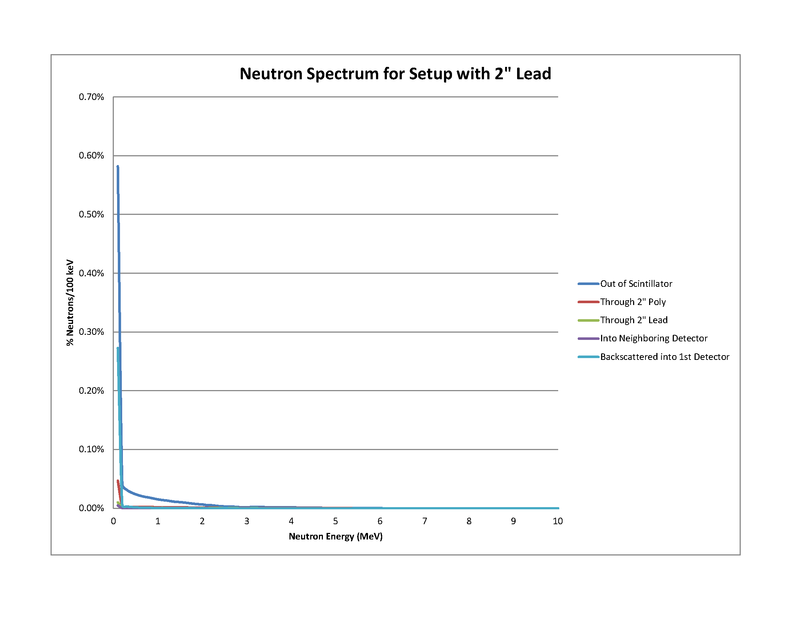 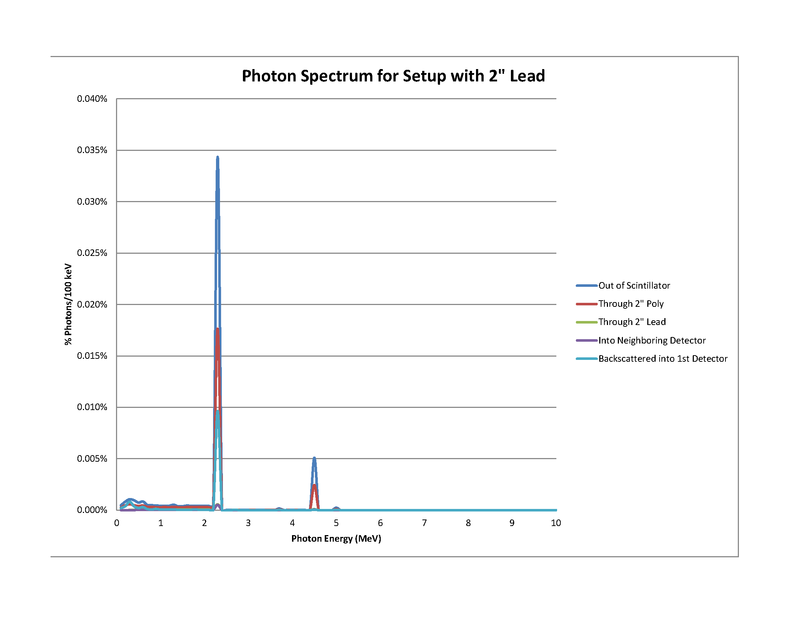