The voltages, thresholds and widths are:

PS1 and PS2 is about 30 cm away from each other. Let's look on the coincidence signal between PS1 and PS2.

And below my scope pictures of this rear event: 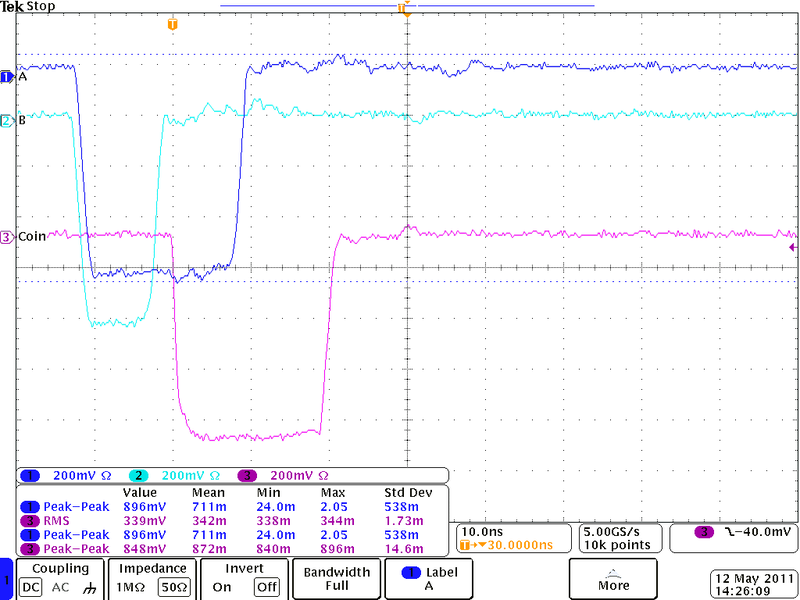 And below my scope pictures of this rear event as before: 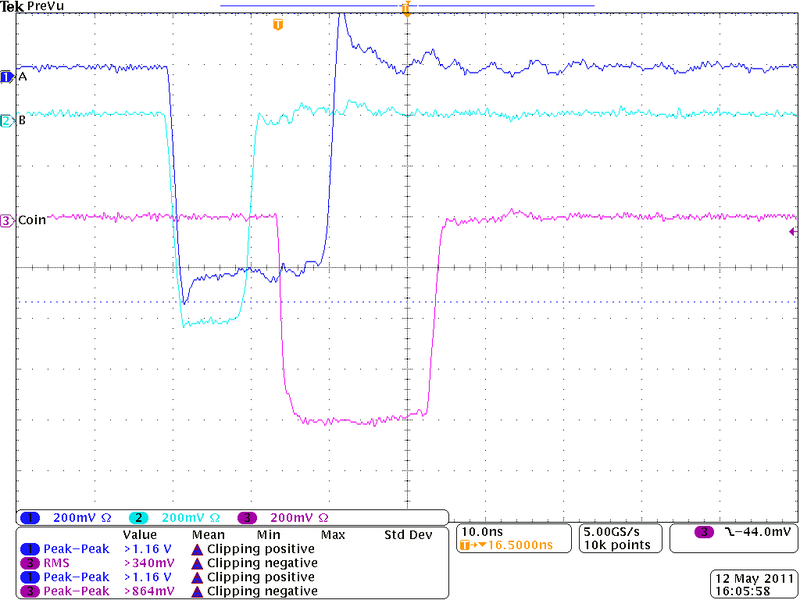 So what we are measured?

○ purely random events from different reaction?. But why does the coincidence rate depend from distance between PS1 and PS2? Statistical fluctuation? Electronic false events?
○ or probably some coincidence events caused by air shower originated from one particle nearby the two detectors. Now if detectors located closer to each other the rate should be higher because the detectors are closer to initial particle. As evidence note that rates for PS1 and PS1 for different distances are almost the same. But the coincidence rate PS1+PS2 increased almost in 3 times as distance reduced from 30 cm to 5 cm. (That need to be studied)

Also Sadiq did something at that time with gamma source. Maybe that effected somehow my measurements.