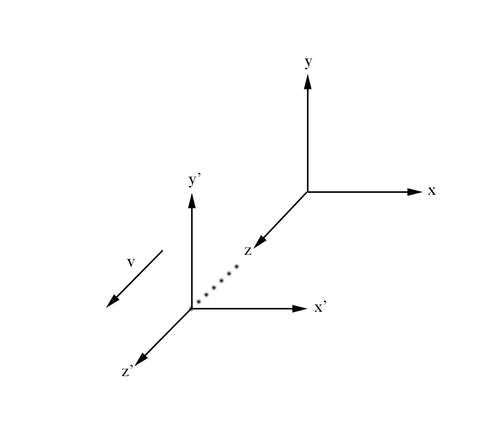 In the rest frame of v=0

While conversely, from the rest frame of v'=0

Substituting these changes into the Galilean transformations