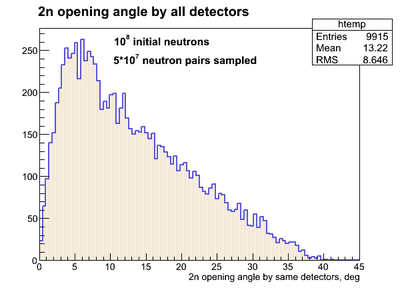 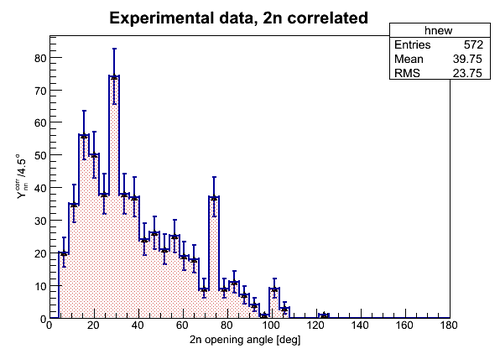 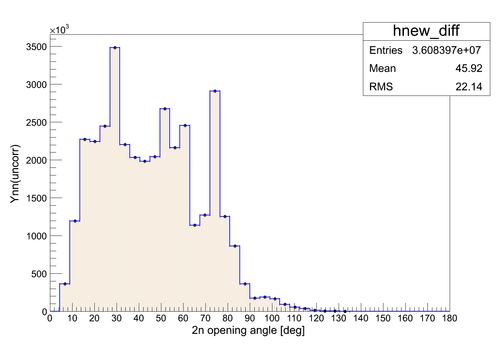 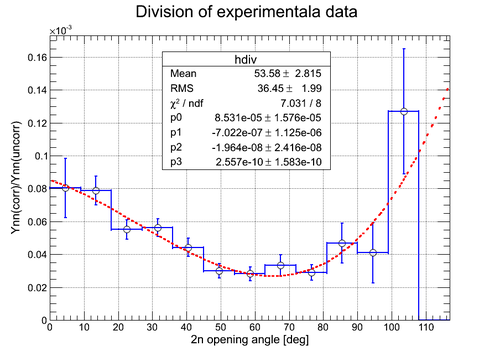 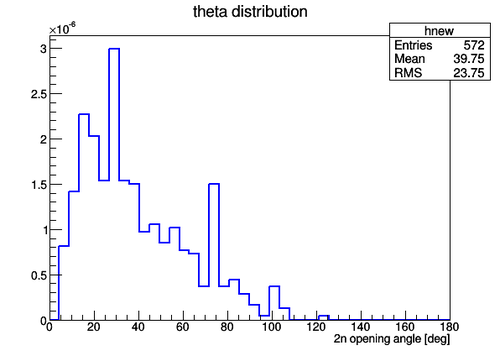 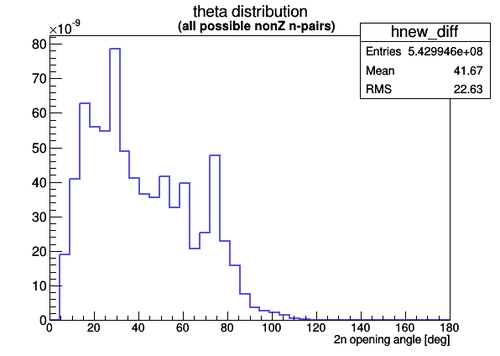 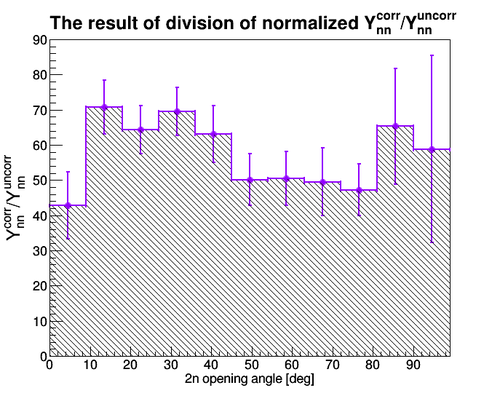 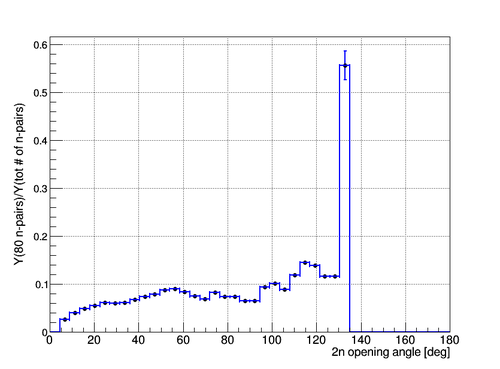 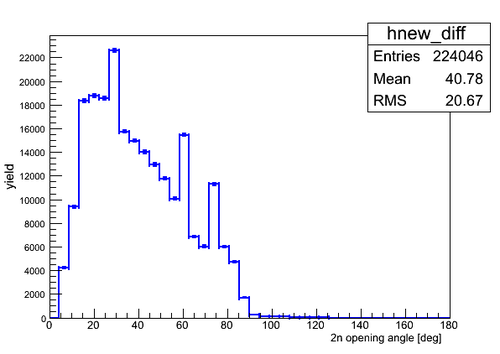 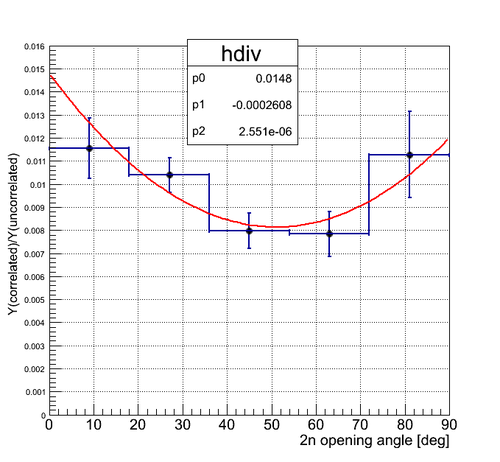 After going through the data one more time there were found several non-physical events which fed the bins above 90 degrees. They were filtered out from the data. Now the range of 2n opening angles matches the range of the angles obtained via geant simulation for the current experimental setup (see the top section on the current page). 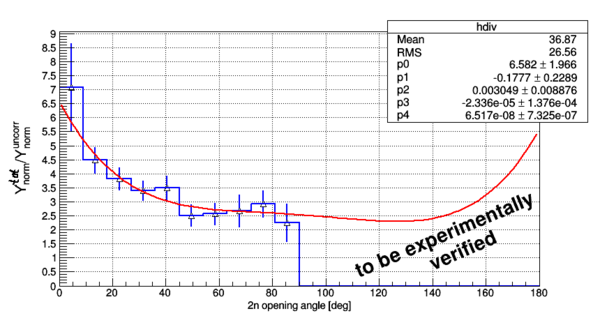