The geometry shown below provides an unobstructed line of sight from every target, to the entire face of every detector. 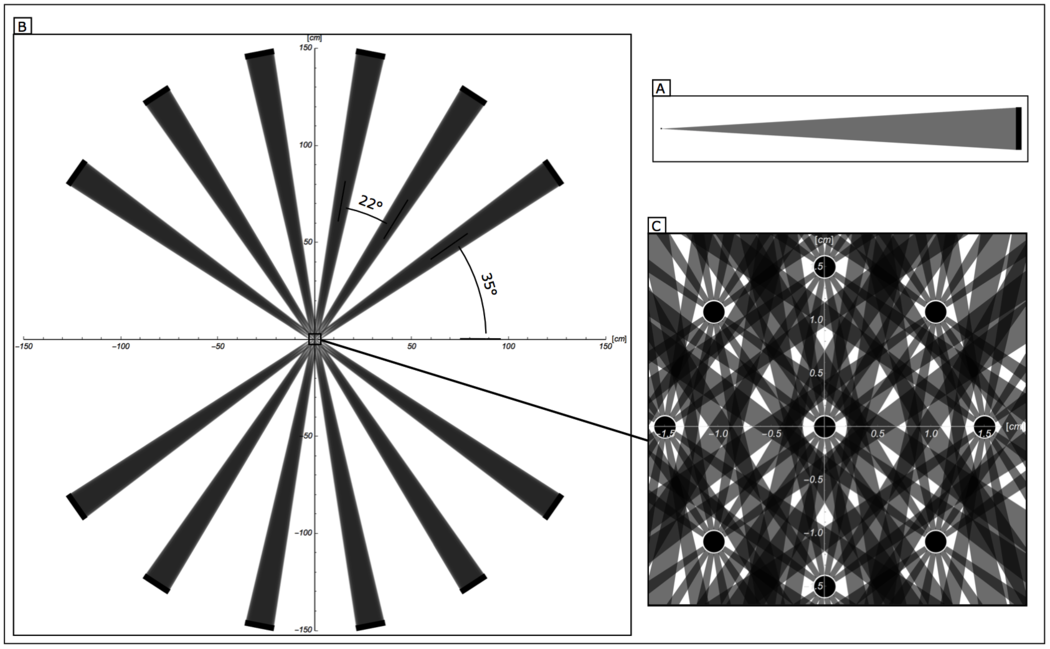