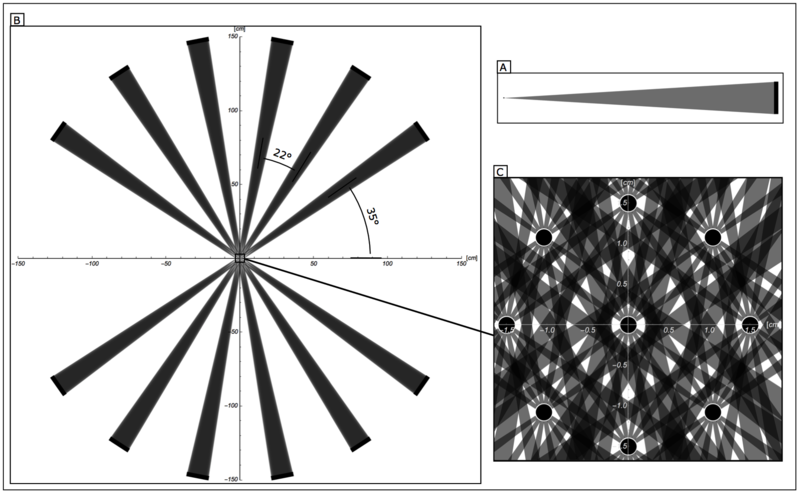 (A) The grey regions represent the angle subtended by a detector, relative to a given target. (B) Adjacent detectors in the upper and lover half of the plane are separated by an angle of 22 degrees. (C) A close up reveals how this geometry provides an unobstructed line of sight from every target, to the entire face of all 12 detectors.