The scope pictures show the PREamp output on Channel 2 given the input pulse shown on Channel 1 that is input directly onto the sense wire. 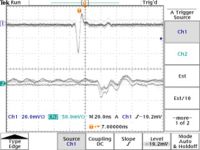 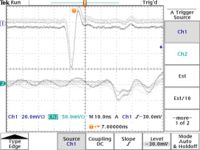 The Drift Chamber sense wire #4 (center sense wire) output is shown on channel 1 in the the scope pictures below. The POSTamp output is shown on Channel 2. There appears to be a factor of 10 gain when the drift chamber output is amplified by the peramp - postamp system which differs from the attenuation measured why injecting a pulse? 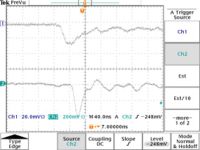 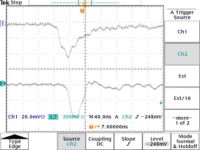 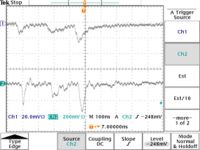 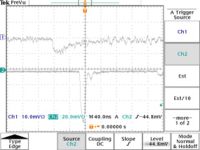 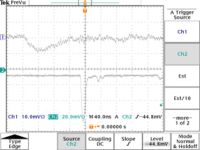 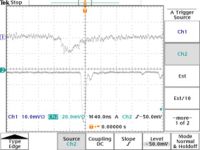 Now look at the post amp ouput in coincidence with a 100 ns delayed scintillator pulse. 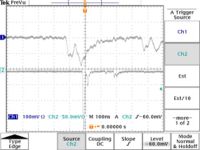 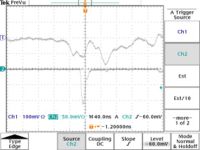 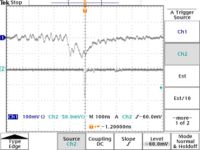