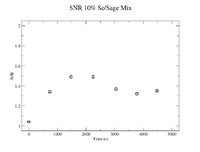 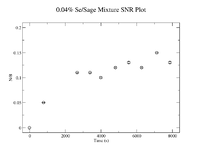 which gives a half life of 15.26 +/- 0.17 hours. This is within 2 standard deviations of Na-24's half life. This isotope also has a line present at 2754 keV, which is present in the energy spectrum. This would be a neutron capture on stable Na-23.