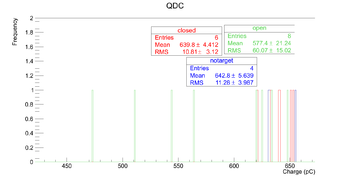 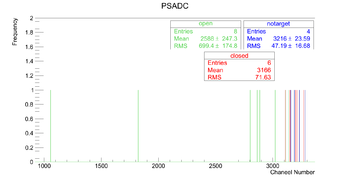 the figures above shows the charge spectra for the QDC and PS-ADC in time cut of 230ns and 500ns. When the shutter was open, both spectra showed a difference as open shutter spectrum compared with closed shutter and no target spectrum. Based on the previous behaviour of the detector, when the detector was tested with alpha particles that were emitted from U-233, closing the shutter stopped the alpha particles as shown in the figure below. when U-233 exposed to neutrons, a fission event happened and the shutter stopped the fission fragments, those fragments ionized the gas in case of open shutter with a charge in range of 475pC to 575 pC after preamplification and postamplification. 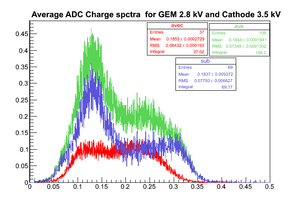 run 8880 and 8881 show the tdc hit for gun gate of width of 9 us, the hits are from the source up to 90 percent of the pulses detected by the oscilloscope. 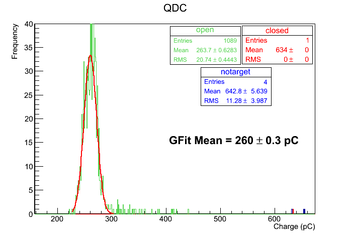 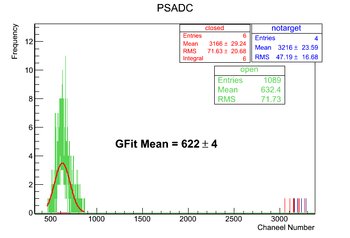