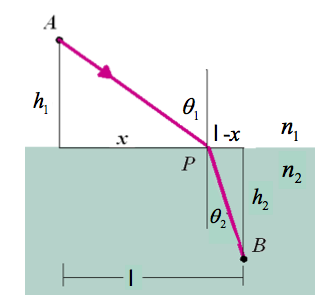 Previously we determined the shortest distance by assuming only two variables. One was the independent variable [math]x[/math] and the other was dependent on [math]x[/math] ([math] y(x)[/math]).

Using the alternate form of Euler-Lagrange's equation is