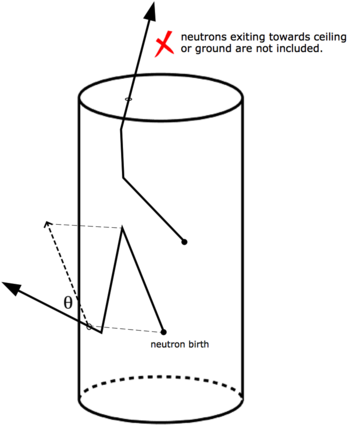 Because of the high tendency of neutrons to scatter at sharp angles, my analysis simply considers any neutron that scatters as contaminated data. Below and to the left is a plot of the total scattering cross section of Th-232. To the right is the percent contamination of my simulation for r=3.1mm. An MCNP F4 tally gave an average neutron track length of 3.7 mm for this radius. All simulated neutrons are included in this plot, i.e. neutrons are not thrown away if they are traveling towards the ground or ceiling.