An array of 6 detectors are placed radially at a distance of 1 meter from a correlated CF-252 source. The image below shows a top down view of the simulation geometry. The detector setups have a vertical extent of 30". 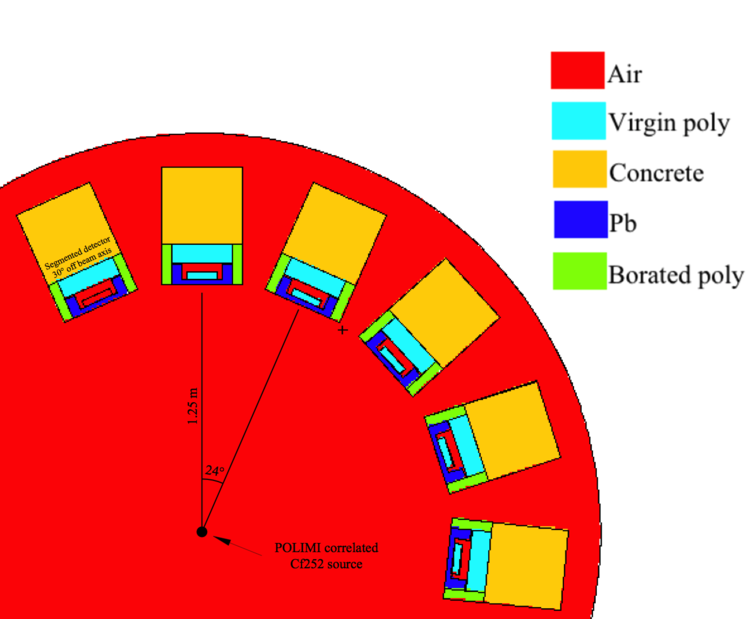 Neutron energy deposition from collisions with both hydrogen and carbon are converted to electron equivalent light output (MeVee). All neutron collisions that occur within a pulse collection time window of 10 ns of each other are converted to MeVee and summed. If the cumulative light output of a pulse exceeds the 0.03 MeVee threshold, then a detection is registered. The value 0.03 MeVee was chosen because it corresponds to a mean neutron energy deposit of 0.2 MeV. The detectors in the simulation had a 55% efficiency for detecting CF-252 neutrons. 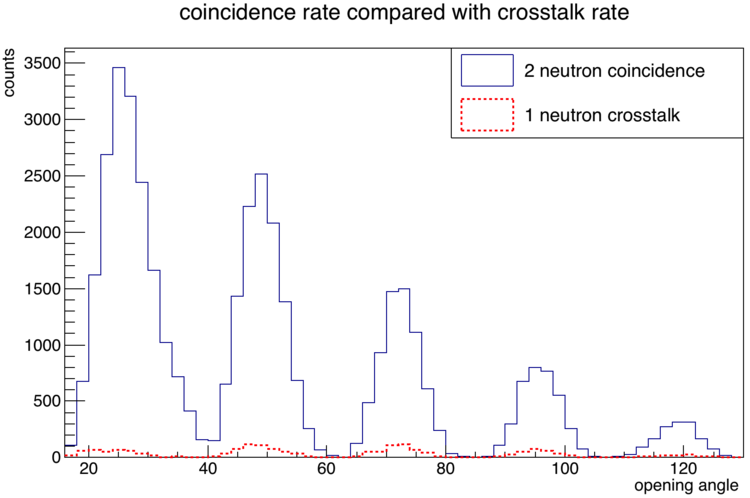