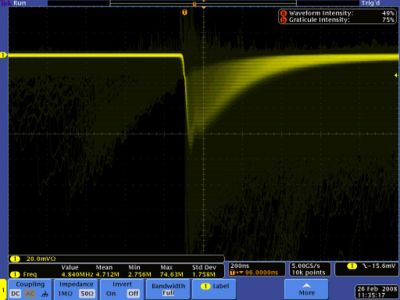 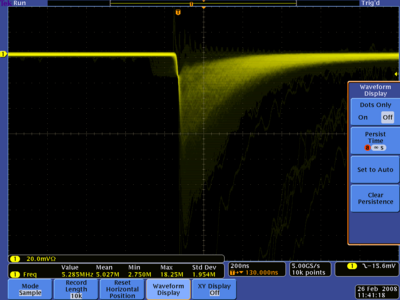 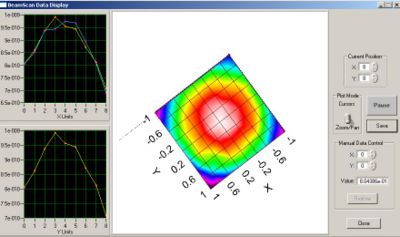 Must be gammas Rate = 10 count/sec. Anode amplified (x64) then discriminated and put into a scaler. Threshold on discriminator is 2 Volts and results in zero counts when beam off. NaI PMT at 1500 volts. 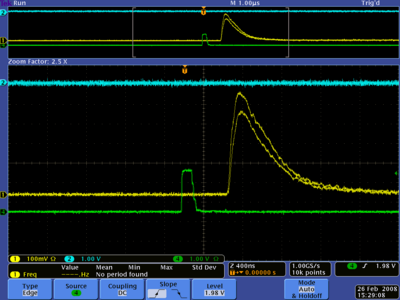 Now move NaI detector so it is near experimental Cell wall. Just inside the wall 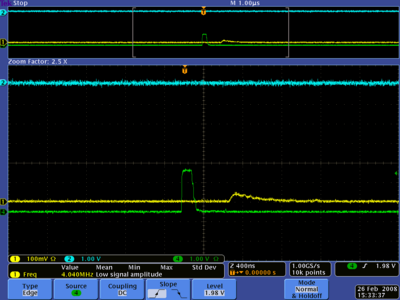 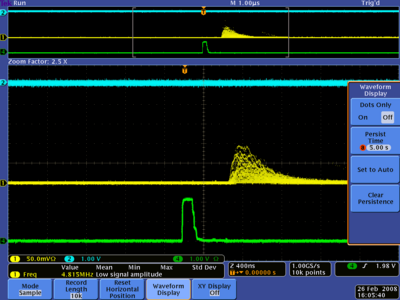 Now insert 1.2 cm thick Aluminum plate in front of the NaI in order to capture all the electrons and measure the gamma rate.