Time of flight spectrum from Cf252 with detector configuration as of the beginning of today's test run.

Detector 54 (old detector at 30 degree) was swapped out with a new detector after yesterdays runs.

Here is a 2-D plot of ToF vs ToF from pulses that had a hit in two detectors. If the events occurring after the main gamma peak are gun pulse related, then they should be concentrated along the y=x line of this plot, which is not what we see here. 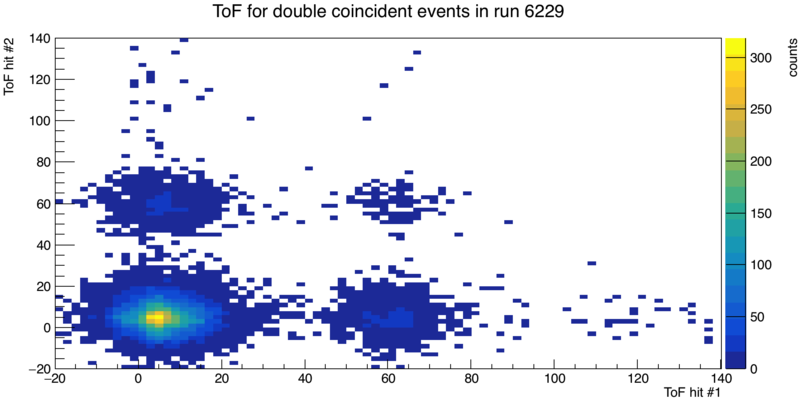 The plot below shows 'neutron' & gamma rates (per pulse) averaged over a 4 minute window throughout run 6229, which had the target fall to the ground during the run. I suspect this occurred at about t=45 minutes based on the sudden drop in the gamma rates of the forward detectors at this time. The top three histograms have a cut where PMT top/bot average must be between -20 & 30 ns, and bottom three histograms between 50 & 140 ns.

The late coming particles which arrive in the neutron ToF range were virtually unaffected by the dropping of the target, so maybe the source of these were in the shadow of the large Al slab during those runs. 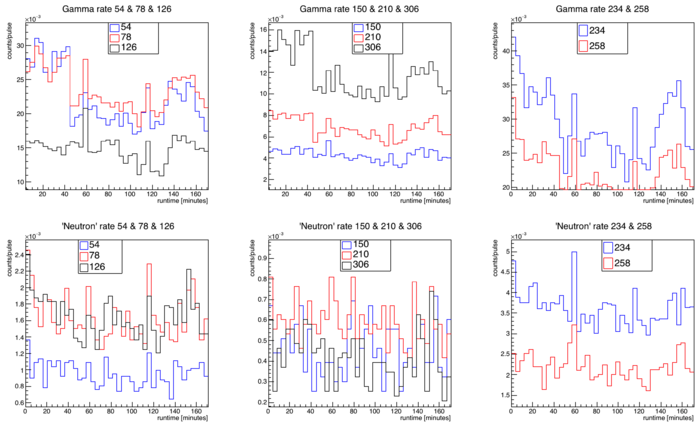 However... unexplained jumps in gamma rates occurred in other runs that had no known incident, for example here is the same analysis as above for run 6216: 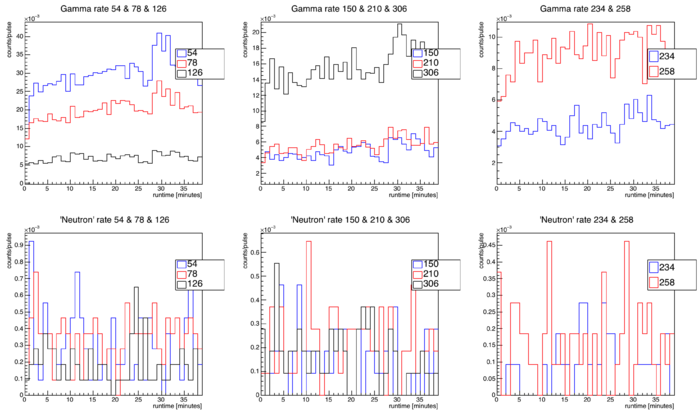 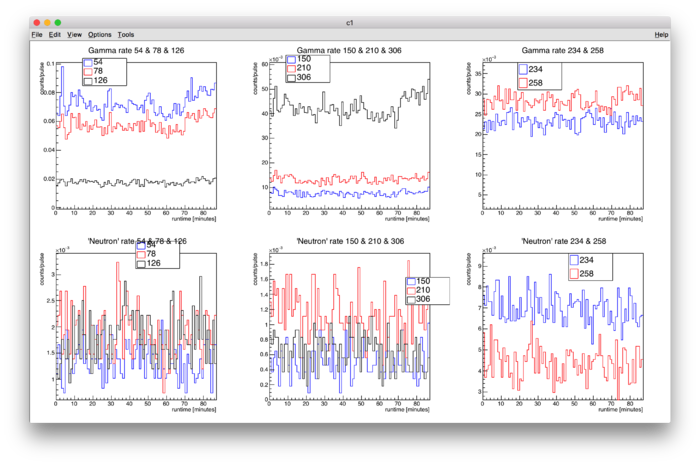 A Cf252 ToF measurement was done with thresholds and HV left as they were at the end of the run on March 21, both with and without 3" of poly covering D78. The reason for comparing poly with no poly was to observe how it moderates fission neutrons, since we didn't see a drop in the "neutron" rate as expected for run 6230, which had 3" of poly placed on D78. 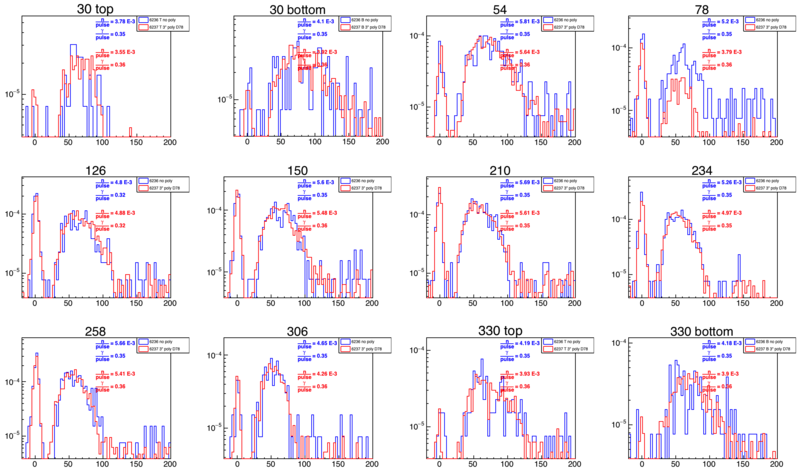 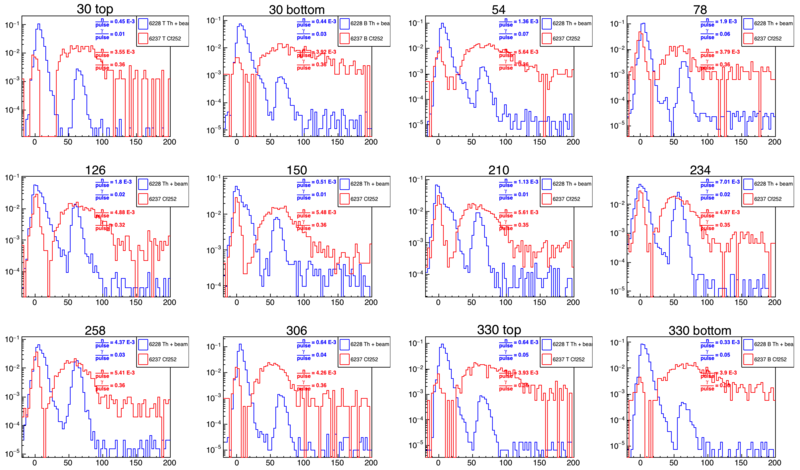 Number of coincidences after neutron cuts, per pulse. The number of neutron coincidences corresponding to a given bin is the left-most integer of the bin. 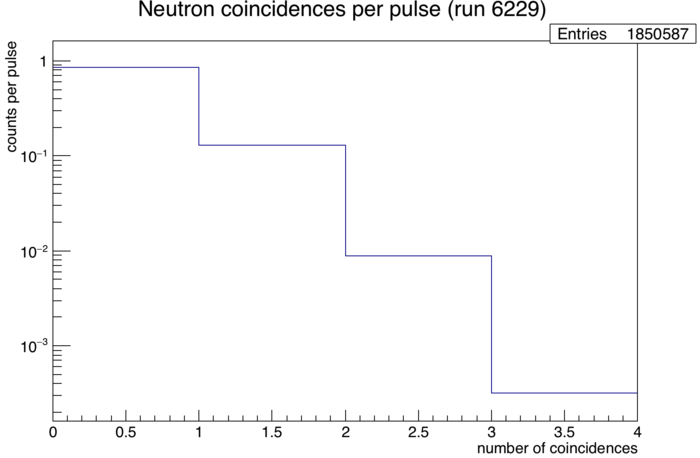